East Austin is defined as areas east of Interstate 35 north of the river.

Central East Austin is a neighborhood in Austin, Texas, United States. The neighborhood is bounded to the south by East 7th Street, to the west by Interstate 35, to the north by East Martin Luther King Jr Boulevard and to the east by Chicon Street, Rosewood Avenue and Northwestern Avenue.

Notable areas of the neighborhood include the Texas State Cemetery, the Oakwood Cemetery, and the Swedish Hill Historic District.

Historic buildings in the area include the Victory Grill, the Genaro P. and Carolina Briones House, the Southgate-Lewis House, the Connelly-Yerwood House, Arnold Bakery, the Haehnel Building, and the Wesley United Methodist Church.

East César Chávez is a neighborhood in Austin, Texas. It is located in the central-east part of Austin’s urban core on the north bank of the Colorado River. The neighborhood encompasses much of ZIP code 78702.

The dominant land use in East César Chávez is residential, with approximately 60% of total land use being identified as single-family residential. The neighborhood contains the Willow-Spence Streets Historic District, a residential area located south of César Chávez Boulevard that was added to the National Register of Historic Places in 1985. 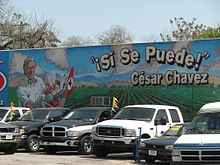 The French Place neighborhood is a conglomeration of families, small businesses, students, and single professionals. French Place is considered one of Austin’s older communities having been originally owned by the Giles family in the 1940s. Residents benefit from nearby amenities, proximity to the University of Texas and to downtown. 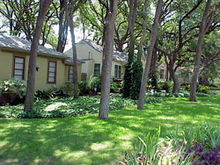